Kahlil Gibran author of “The Prophet” 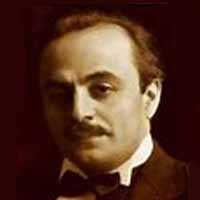 Kahlil Gibran brought to life and renewed the spirituality of the Arab world with his  masterpiece, “The Prophet”, which is a the words of the divine for those that seek the truth. his views on God were influenced by Sufi mysticism and other religious traditions. He became convinced of the “fundamental unity of all religions.” (as is Sahaja Yoga-The universal pure religion)

This happens when your judgment wanders in the wind, because only by accident you bring harm to others and, therefore, yourself. And for these damages you must then knock on the doors of the governors and wait in contempt.
As the ocean is your divine Ego: He remains pure immaculate and like the ether He unfolds only his wings.
That the sun is your divine Ego; He does not know the roads of the cart, nor does he search for the snakes’ hideouts.
But the divine Self is not alone in your nature: many in you are human, but many are not yet human, but they look like a deformed pygmy, who goes buimac, through the fog in search of his own awakening.
Now, about the man in you I would like to talk, because the man, and not your divine Ego or the pygmy wandering in the fog, is the one who knows the crime and the punishment of the crime.
Often I have heard you talking about the one who commits a bad thing as if it were not one of you, but a stranger among you, an intruder in your world. But I tell you that just as the holy and the right cannot rise above what is higher in each of you, so the bad and the weak cannot fall below what you had below in each you, and like a leaf is only offended by the silent invocation of the whole tree, so the villain cannot commit the crime except with the secret consent of you, of all.
For, like a procession, submit together to your divine Ego; you are the way but also the paths. And when one of you falls, it is for those who are behind him, preventing them as a stone hinders their passage.
Yes, but he also falls for those before him, who, although they have a faster and safer pace, did not remove the stone from the path.
And here’s why the word has to press hard on your thoughts. He who is killed does not remain innocent of his own death, just as the plunderer is not innocent of being robbed, and the righteous is not ignorant of the evil deeds, and he who has clean hands does not remain unclean by the deed. traitor.
Yes, the culprit is sometimes the victim of the offense and, more often than not, the convicted person endures the punishment and for the innocent as for the one without a fault. Because you cannot separate the right from the wrong, neither the good from the bad; both stand in front of the sun like wires, black and white, intertwined, and when the thread is broken, the weaver controls the fabric and also the war of weaving.
If one of you tries to judge an unfaithful wife, to balance her man’s heart and balance, so as to carefully measure his soul, and likewise, the one who wants to whip the offender, look into the soul the offended. And if any of you is punishing in the name of justice, implanting the security in the tree of the river, to remember the roots; it will find, deep within, the roots of good and evil, of the bearer of fruit and of the barren one, embracing in the silent heart of the earth.