The Holy Ghost Is Reflected In The Sacrum Bone As Kundalini (feminine energy, Mother energy) 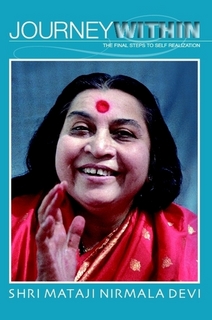 “The Holy Ghost Is Reflected In The Sacrum Bone As Kundalini”

” Formerly in India we had three type of institutions, as far as the Divine was concerned. One we call as the right side of Vedas. “Veda” itself comes from the word “vidh”– means “to know on your central nervous system.” It’s not mental; you have to know it on your central nervous system. And this was also shown in the early Christians, when Thomas has written a beautiful treatise which were found about fifty years back in Egypt, that he called Christians as “Gnostics.” “Gn”, “gn” word comes from the word “gn” or “dnya” in Sanskrit language, meaning “the knowledge.” Knowledge is not mental, and according to this book which is now being rewritten, knowledge is an experience on our central nervous system.

So we have to understand that in our evolutionary process whatever we have achieved is felt on your central nervous system. For example, a dog or an animal, any animal if you want, can pass through any dirty, filthy place without feeling anything about it. But a human being cannot, because in his evolutionary process he has developed a new awareness of cleanliness, of beauty, of virtues, of sublimity. In the same way now we have to have the last breakthrough of our evolutionary process, where we have to become the spirit. The spirit is within our heart. It’s the witness of what we are doing. But it has not yet come into our attention, and so this is the mechanism within us which is built in during all our evolutionary process, one by one. And now the time is for you to get the last breakthrough. That point, as you see clearly, is the actualization of the baptism, where you do feel the cool breeze of the Holy Ghost.

The Holy Ghost is reflected in the triangular bone as kundalini. ”