Scientific research on the Aura (The human BioEnergy Field) 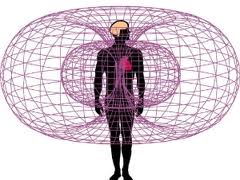 Today with the development of Hi-tech electronic gadgets and instruments which are able to detect the fine subtle vibrations in our surroundings, it has become possible for us to actually capture a glimpse of the human aura. The research on capturing this subtle energy field through electronic instruments was started by Semyon Kirlian, who accidently discovered that if an object on a photographic plate is connected to a source of high voltage, small corona discharges (created by the strong electric field at the edges of the object) create an image on the photographic plate. And soon after his research the development of Kirlian camera was done, through which scientists were able to photograph the electromagnetic field around our fingers. It was found, that objects which are not alive, do not change parameters of their “aura” more than 2%. LIVING objects however can change their aura field dramatically and quickly. This provides scientists with unique tools to study physics of LIFE and consciousness using bio-electrography. For example, Prof Bunzen in Russia found that the response in Kirlian Aura seems to precede (appear as soon or earlier than) electric processes in the brain during a decision making process. From his research, presented in 2001 at the International Congress “Science Information, Spirit” in St Petersburg, it seems that a thought “appears” in the aura before any electrical activity can be detected in the brain. Is our consciousnesselectro-photonic to begin with?

All living objects show continuous changes in their aura. A major series of experiments of a team of scientists coordinated by Prof Korotkov in St Petersburg, Russia, demonstrated that aura of the human body continues to change continuously for almost exactly 72 hours after clinical death. It seems, that among other things, not only the time, but also the reason for death can be determined on the basis of these changes. It is interesting to note that in nearly every culture on Earth for centuries people observe a 3 day period between death of the body and burial. Christ was resurrected exactly on the 3rd day after his death. It seems that our wise ancestors knew MUCH MORE about life and death that we can even imagine today.

It also appears that auras of people who interact with various objects such as drugs, crystals, minerals, colours etc. may change significantly. Modern Kirlian equipment are capable to quantify these effects in terms of their influence on the electro-photonic glow. It seems that detailed functioning of every organ and health effects can be also determined from the recorder stimulated electro-photonic glow.

Slowly and gradually as more research was done in this field of Aura photography different technologies were developed claiming to capture the human aura or the electromagnetic field. Now till date we have different systems like PIP (Poly contrast Interference Photography), DAS (Digital Aura Scanning system), RFI ( Resonant Field imaging) etc which claim to capture the human aura and also help us in detecting the subtle imbalances in our bodies.