Opening of the top chakra Sahastrara 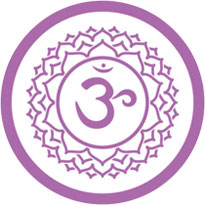 May 5th 1970 is the day when Shri Mataji opened the Sahasrara chakra, allowing for en masse Self-realization.

“Sincerity is the key of your success”

So far the blessings of God came to human beings individually as grace. And they received their Self-realisation individually, one by one. And the method for individual realisation was just the opposite of the collective. First they had to establish their dharma, cleanse themselves fully, desiring all the time for their salvation, putting their attention to their salvation, as you call it Ishwara Pranidhan (desire for God), thinking of God, asking for His grace and acting in a scrupulous, dharmic way to keep themselves pure. They had to control their mind, control their desires, control their action in such a manner that they absolutely kept to the centre path. And when they could get through all that testing and immunity, and when they deserved [it], then only the grace of Mother gave them realisation.
This pattern was on for some time. These few people who got realisation did lots of wonderful things to prepare for Sahaj Yog. They were in every field of life, but very few and unique. For example, in India and in many other places in ancient times, they discovered the unique gifts of the Mother Earth; what you call as the *swayambhus – created by themselves. These stones or stone images, which were thrown out by the Mother Earth, were discovered by these saints. They put shrines there, they worshipped them and, by worshipping, they made these images vibrate – more of vibrations and vibrate that area. All over the world there are such stones, but only the saints could discover them.
Then they established the importance of virtue in life: how virtue can give you health, wealth and prosperity which is glorifying and not which is degrading or which is destructive. They established schools and universities, specially in India. And today, even today, in India, the families which belong to one university carry the name of that university as their ‘gotras’. And even today the families belonging to one (the same) gotra cannot marry. They prepared young children, educated them, in such a manner that they led a very dharmic life, enjoyed their married life fully and then they matured in such a manner that they got their realisation and lived a life of complete enjoyment. Thus they distracted the attention of people which was outside, to inner, deeper values, by their own example, by their own behaviour, by their own style of enjoyment, by leading a very cheerful and a happy life. All this permeated a kind of confidence in God, religion, and a very good, balanced life. They have really done a great job of first building the scaffoldings of the huge, great building of Sahaja Yoga which is going to come now. They are just like nuts and bolts in our whole working. Their desire to establish dharma was so great that the complete Divine force of Mahakali was working through them. Then they put it to the action with such understanding and such wisdom. Great scriptures were written by them and for many years, thousands of years, they were the guiding lines (guidelines) for people.
Only in the modern times, if you say about a thousand years or so, people started doubting them. Before that people used to doubt themselves. They used to doubt that, “We are not yet capable. We are not good enough. We cannot do it better, but they are perfect. Whatever they have said is all right.” There was no doubting about the incarnations or about these saints, what they said. But the doubting was about themselves that, “How is it that this is the good path, we know, this is the real path, we know, [but] still we are going in the wrong direction?”
If you read the poems of those days, it’s all the time [expressing] that, “Why, despite the desire to be good, to be upright, to be righteous, why am I roaming into wrong paths and wilderness?” The writers in those days always showed that a good righteous man was rewarded by God’s blessings, but all this started toppling down with the ego developing and the super-ego challenging. Confusion started coming into the minds of people and they started doubting those great realised souls instead of doubting themselves. Because they could not reach anywhere near these great saints, some of them were influenced by many satanic forces around and played into their hands and started doubting those realised people and all these great scriptures.”

* There are many such Swayambhus in Ireland, my favorite one being Tievebulliagh on the Antrim plateau. I went there before I had Self-realization and had an utterly miraculous experience there.