12 Archtypes has seen by Carl Jung 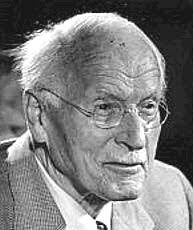 This article below the introduction has been copied and pasted from verywellmind it’s a Jungian (Carl Jung) abbreviated version of the archetypes. Sahaja Yoga has it’s own version of architypes which are related to the chakras and can be found here.

The term “archetype” has its origins in ancient Greek. The root words are archein, which means “original or old”; and typos, which means “pattern, model or type”. The combined meaning is an “original pattern” of which all other similar persons, objects, or concepts are derived, copied, modeled, or emulated.

The psychologist, Carl Gustav Jung, used the concept of archetype in his theory of the human psyche. He believed that universal, mythic characters—archetypes—reside within the collective unconscious of people the world over. Archetypes represent fundamental human motifs of our experience as we evolved; consequentially, they evoke deep emotions.

Although there are many different archetypes, Jung defined twelve primary types that symbolize basic human motivations. Each type has its own set of values, meanings and personality traits. Also, the twelve types are divided into three sets of four, namely Ego, Soul and Self. The types in each set share a common driving source, for example types within the Ego set are driven to fulfill ego-defined agendas.

Most, if not all, people have several archetypes at play in their personality construct; however, one archetype tends to dominate the personality in general. It can be helpful to know which archetypes are at play in oneself and others, especially loved ones, friends and co-workers, in order to gain personal insight into behaviors and motivations.

Archetypes were a concept introduced by the Swiss psychiatrist Carl Jung, who believed that archetypes were models of people, behaviors, or personalities. Archetypes, he suggested, were inborn tendencies that play a role in influencing human behavior.

Jung believed that the human psyche was composed of three components: the ego, the personal unconscious, and the collective unconscious. According to Jung, the ego represents the conscious mind while the personal unconscious contains memories including those that have been suppressed. The collective unconscious is a unique component in that Jung believed that this part of the psyche served as a form of psychological inheritance. It contained all of the knowledge and experiences we share as a species.
ied four major archetypes, but also believed that there was no limit to the number that may exist. Let’s take a closer look at the four main archetypes described by Jung as well as a few others that are often identified.

The persona is how we present ourselves to the world. The word “persona” is derived from a Latin word that literally means “mask.” It is not a literal mask, however. The persona represents all of the different social masks that we wear among various groups and situations. It acts to shield the ego from negative images. According to Jung, the persona may appear in dreams and take different forms.

Over the course of development, children learn that they must behave in certain ways in order to fit in with society’s expectations and norms. The persona develops as a social mask to contain all of the primitive urges, impulses, and emotions that are not considered socially acceptable. The persona archetype allows people to adapt to the world around them and fit in with the society in which they live. However, becoming too closely identified with this archetype can lead people to lose sight of their true selves.

The shadow is an archetype that consists of the sex and life instincts. The shadow exists as part of the unconscious mind and is composed of repressed ideas, weaknesses, desires, instincts, and shortcomings.

The shadow forms out of our attempts to adapt to cultural norms and expectations. It is this archetype that contains all of the things that are unacceptable not only to society, but also to one’s own personal morals and values. It might include things such as envy, greed, prejudice, hate, and aggression.

This archetype is often described as the darker side of the psyche, representing wildness, chaos, and the unknown. These latent dispositions are present in all of us, Jung believed, although people sometimes deny this element of their own psyche and instead project it on to others.

Jung suggested that the shadow can appear in dreams or visions and may take a variety of forms. It might appear as a snake, a monster, a demon, a dragon, or some other dark, wild, or exotic figure.

The Anima or Animus

The anima is a feminine image in the male psyche, and the animus is a male image in the female psyche. The anima/animus represents the “true self” rather than the image we present to others and serves as the primary source of communication with the collective unconscious.

Jung believed that physiological changes as well as social influences contributed to the development of sex roles and gender identities. Jung suggested the influence of the animus and anima archetypes were also involved in this process. According to Jung, the animus represents the masculine aspect in women while the anima represented the feminine aspect in men.

These archetypal images are based upon both what is found in the collective and personal unconscious. The collective unconscious may contain notions about how women should behave while personal experience with wives, girlfriends, sisters, and mothers contribute to more personal images of women.

The combined anima and animus is known as the syzygy or the divine couple. The syzygy represents completion, unification, and wholeness.

The self is an archetype that represents the unified unconsciousness and consciousness of an individual. Creating the self occurs through a process known as individuation, in which the various aspects of personality are integrated. Jung often represented the self as a circle, square, or mandala.

The self archetype represents the unified psyche as a whole. Jung suggested that there were two different centers of personality. The ego makes up the center of consciousness, but it is the self that lies at the center of personality. Personality encompasses not only consciousness, but also the ego and the unconscious mind. You can think of this by imagining a circle with a dot right at the center. The entire circle makes up the self, where the small dot in the middle represents the ego.

For Jung, the ultimate aim was for an individual to achieve a sense of cohesive self, similar in many ways to Maslow’s concept of self-actualization.

Jung suggested that the number of existing archetypes was not static or fixed. Instead, many different archetypes may overlap or combine at any given time. The following are just a few of the various archetypes that Jung described: