Socrates had a away of questioning 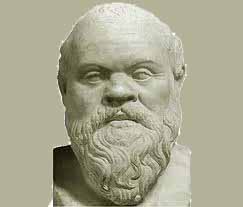 Socrates looked more into the nature of man himself, rather than the physical universe, became the most important mystery for the study of the philosopher was to look at the way ‘man’ understands things. Socrates developed a way of questioning that deconstructed the way people understood or more importantly misunderstood concepts of faith, society, and other moral issues although wrote nothing down what we know of him is based upon notes of his students, primarily Plato. These notes were not taken during the time of Socrates conversations, however, so their accuracy cannot be verified.
Socrates is the first important name in the history of realistic philosophy putting forwards the idea that there can be no assumptions without questioning why is this so or how did this come about. If such a thing can exist, the philosophy of Socrates is a philosophy built on solid experience, based on verifiable observations… His principles are still as valid today as they were then.