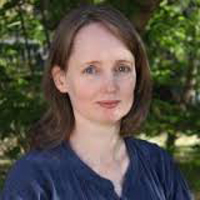 A meditative approach to menopause

By Helen Tobler
* Medical reporter AFTER her mother and two sisters developed breast cancer, 54-year-old Attracta McKeveney was so worried about her own chances of developing the disease she decided never to use hormone replacement therapy. But when Mrs McKeveney hit menopause, she wondered how she would cope with the physical and emotional symptoms without recourse to HRT. “I had the hot flushes and mood swings, but I didn’t think of HRT because I knew I couldn’t have it,” she said yesterday.
She decided to try meditation and eventually the menopausal symptoms eased.
Her choice was perhaps prudent, given the new research findings that have prompted thousands of women who had been taking HRT to contemplate legal action against drug companies for negligence over developing heart disease and breast cancer after prolonged use of the
therapy.
The Australian Consumers Association said yesterday women should have been told earlier about the health risks after a British medical journal study raised concerns as early as 1997.
John Howard joined Australian health authorities in calling on women not to panic in the wake of the US study’s findings of an increased risk of developing cancer from prolonged use of combined HRT. Mrs McKeveney, a nurse’s aide at Sydney’s Royal Hospital for Women, experimented with meditation, enrolling in a study conducted by the hospital’s Natural Therapies Unit in early 2000.
The trial was designed to examine the effect of sahajayoga meditation on the symptoms of menopause.At first, Mrs McKeveney resisted adopting the technique completely but once she decided to put the effort in, the benefits started to show. As well as helping her relax, after the first two weeks of practising meditation Mrs McKeveney’s menopausal symptoms eased.
“At the end of the eight weeks I didn’t have hot flushes,” she said. “It’s probably just the relaxation of your mind.” Mrs McKeveney said the thought she might develop breast cancer caused terrible stress, but the meditation “really helped me mentally because at the time I was stressed with the threat of breast cancer”. “It’s something that has lasted with me.”
While some experts agreed that meditation, or other forms of stress management, could reduce symptoms such as hot flushes, they warned that most natural remedies, like red clover, dong quai and wild yam cream, do not lessen the symptoms of menopause. A study in the Medical Journal of Australia last year found there was no difference between the effect of herbal remedies and a placebo. Ramesh Manocha, who ran the yoga trial, said at the end nine out of 10 women had experienced more than a 50 per cent improvement in their menopausal symptoms.“That’s the kind of effect you would see with HRT.” But Dr Manocha said there was no evidence to support most natural alternatives.
Page load link
Go to Top