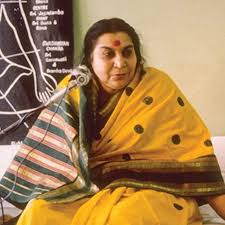 Sharad Purnima arthath Kojagiri pournima – Full moon between Dashera & Diwali
H.H. Shri Mataji Nirmaladevi:- …”Because according to Sahaja yoga we reach the state where you touch the Sadashiva in the symbolic form you see or if you can say that after getting realization if you see the abstract form of God then we say after reaching your Brahmarandhra you cross over your limbic area and then you go to Ardhabindu. Ardhabindu is the moon. Moon is the spirit.
Because, Shiva also wears the moon on his head. Sadashiva also wears the moon on His head. So moon is the spectator, isn’t it?”…
But why the moon is important because it makes you subtler. And that is why one should achieve the moon as they say.”
Audience: Can you explain the phases of the moon, its significance?
Shri Mataji:- All right. You see, there are fifteen phases as you know and the fifteen phases, and the sixteenth is complete. When it is the sixteenth phase it’s a complete phase. So fifteen phases are the fifteen steps of consciousness on which human beings really built. And the sixteenth is the complete, where you really become just a witness. So you cross the fourteenth then you get your realization. So the moon is never complete till it reaches sixteenth. Then at the sixteenth point it is a complete phase and that’s why it is called that Shri Krishna is complete because he has got sixteen phases. Sola kala
Now the first phase as we call it is first and second two phases. Now all the seven chakras have two phases-left
and right. So seven into four o two (7×2=14) fourteen phases, fifteenth is the spirit and sixteenth is God, which
is only absolute state, where it never changes. It remains the same it, its unsurmountable, its unchanged, its
above, it is a phase which is not achievable by human beings. So by coming to Sahaja Yoga you are moving
between twelve and fourteen. How fast the growth has come. Just think of it.
Now the first phase and the second phase is the time when the matter is created. Its the first installation of the
matter is the Ganesha’s a and the all the obstructions at that time are covered through Ganesha’s power-
Innocence. Like that you can see in every chakras how all the obstructions are cleared out. As the left-side is
the moon these phases also give you the blessings of the moon. Now the blessings of the moon are left-sided
as you know and these left-sided blessings are through auspiciousness, through the positive side, one is the
positive side is that you get auspiciousness. Auspiciousness is not in your hands; it’s not in your hands. It is
beyond. So you get auspiciousness as a blessing in all the phases. And there are fourteen types of joys which
you get out of this, which I just now I need not tell you the names, its too much. But you can send, say
ultimately you get a joy, which is called niranand- NIRANAND. Now Nira is My name, you know. My short-form
is Nira. (Mother speaks in Marathi)
So Niranand, the joy, is so much that it is completely joy and is nothing else, just joy. Purest form of joy. That
is what you get at Sahastrara. And then this joy expands it doesn’t improve. Till that joy improves and after
that it expands. And that’s why whatever one does according to the lunar system, one does it from the spiritual
point of view. I mean, you don’t get any consumer service. Like you get through the sunshine- sunlight. That
supposing you buy something at this time and sell at another time you might get a big profit. Material gains!
That’s right side. But you get spiritual gains. That’s why all the spiritual things are to be done according to the
moon. You follow now? Sir, it’s a very big question. One day I will give you a big lecture on that, but I think you
have understood.