Communism V Democracy both have there problems 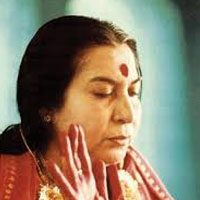 “And this slavery is so-called freedom for you…”

“So we’ve got two types of theories: as we see, one is communism and another is democracy, where one is power-oriented, the another is money-oriented, and in both the cases we say that it’s all failed.

Russia which was a country known to be run in complete fear has turned out to be the best for Sahaja Yoga. Imagine how wise and deep they are, while in the West we are lost in our so-called freedom idea of so-called freedom: “What’s wrong?” But actually we are slaves if you see. Any fashion that starts, everybody starts doing it. But why? Why do we follow those fashions? We must see how we are slaves. Because others will laugh at us if we don’t do like that. They’ll make fun of us. Because they will criticize us. So because they have got a freedom to criticize we are frightened of such people who can criticize. And now the criticizing people are criticizing them. Critics have critics, their critics are their another critics, and there are critics after critics. So only the critics are produced. Where is the benevolence? There’s no question of benevolence at all.
So in the freedom-loving people who are supposed to be free, the idea of benevolence is finished. Because whatever is good for you, whatever is benevolent for you can be only understood if you have wisdom, if you have depth. But if you have this kind of freedom is to go amuck, do what you like. Because everybody’s doing it, I must do it. Everybody is singing like this; so I must do it. But from where does this idea come in? From where these ideas come in? Are they entrepreneurs who want to befool you, make slaves out of you? And this slavery is so-called freedom for you, but actually I think it’s complete slavery because you do what they tell you, behave in the same manner as whatever they say. There are no fashions in that country. Very few, very few women indulge into fashions. Nothing. And men are also very simple. They have no fashionable things. They have only things which are convenient, good for their climate. That’s what they wear, whether you laugh or don’t laugh. It’s everybody laughs here. If anybody laughs at them they’ll say, “ “They’re stupid.” They’ll all have pity for him, that’s all. “