1887, Russian war correspondent, Nicolas Notovitch, claimed that while at the Hemis Monastery in Ladakh he uncovered a visit by Jesus Christ 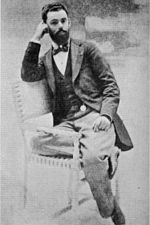 In 1887, a Russian war correspondent, Nicolas Notovitch, claimed that while at the Hemis Monastery in Ladakh, which is an monastery, ancient and world-renowned, it is a Buddhist in India. Nicolas Notovitch, had learned of the document “Life of Saint Issa, Best of the Sons of Men” – Isa being the Arabic name of Jesus in Islam. Notovitch’s story, with a translated text of the “Life of Saint Issa,” was published in French in 1894 as La vie inconnue de Jesus Christ (Unknown Life of Jesus Christ).

According to the scrolls, Jesus abandoned Jerusalem at the age of 13 and set out towards Sind, “intending to improve and perfect himself in the divine understanding and to studying the laws of the great Buddha”. (For me this part of Notovitches understanding is not correct, all enlightened souls such as, The Lord Jesus Christ, The Lord Buddha, the Lord Krishna, Mohammed, do not study religious text or take examples of how to behave from a religious text, there is no need as they are incarnations of God? they are enlightened souls, they are all one from one source.) Notovitch’s story continues; He crossed Punjab and reached Puri Jagannath where he studied the Vedas under Brahmin priests. He spent six years in Puri and Rajgirh, near Nalanda, the ancient seat of Hindu learning. Then he went to the Himalayas, and spent time in Tibetan monasteries, studying Buddhism, and through Persia, returned to Jerusalem at the age of 29.

Notovitch’s writings were immediately controversial and Max Müller stated that either the monks at the monastery had deceived Notovitch (or played a joke on him), or he had fabricated the evidence. Muller then wrote to the monastery at Hemis and the head lama replied that there had been no Western visitor at the monastery in the past fifteen years and there were no documents related to Notovitch’s story. J. Archibald Douglas then visited Hemis monastery and interviewed the head lama who stated that Notovitch had never been there. Indologist Leopold von Schroeder called Notovitch’s story a “big fat lie”. Wilhelm Schneemelcher states that Notovich’s accounts were soon exposed as fabrications, and that to date no one has even had a glimpse at the manuscripts Notovitch claims to have had.

Notovich responded to claims to defend himself. But once his story had been re-examined by historians – some even questioning his existence – it is claimed that Notovitch confessed to having fabricated the evidence. Bart D. Ehrman states that “Today there is not a single recognized scholar on the planet who has any doubts about the matter. The entire story was invented by Notovitch, who earned a good deal of money and a substantial amount of notoriety for his hoax”. However, others deny that Notovich ever accepted the accusations against him – that his account was a forgery, etc. Although he was not impressed with his story, Sir Francis Younghusband recalls his meeting with Nicolas Notovitch near Skardu, not long after Notovitch had left Hemis monastery.